Kiwi fruit is the future of the Greek sector. The production is large, and demand comes from all over the world. Greek exporter Mitrosilis started the export of kiwi fruit some years ago, and he made this product group into an important pillar within the company. 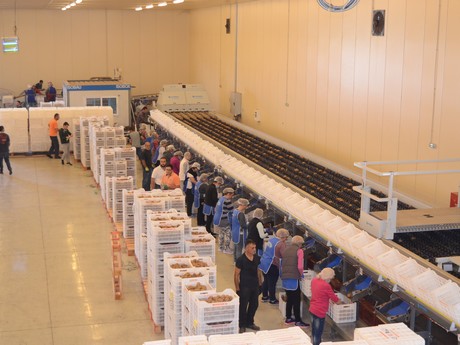 The harvest is in full swing late in October and early in November. The storage season lasts until May. This year, the production will be five per cent smaller than last year, but the increased area will compensate for this loss. Because of this, a regular harvest is expected. “The main variety is Hayward, like Italy. Other varieties are available in Greece that can be harvested earlier, but those varieties have a poorer shelf life. That’s why we prefer Hayward,” says Nikos Katsaloulis. According to Nikos, quality between the Greek and Italian kiwi doesn’t differ. The Italian kiwi fruit growers profit from the better reputation they built for themselves. “This year, we’ll have the advantage of larger sizes.” 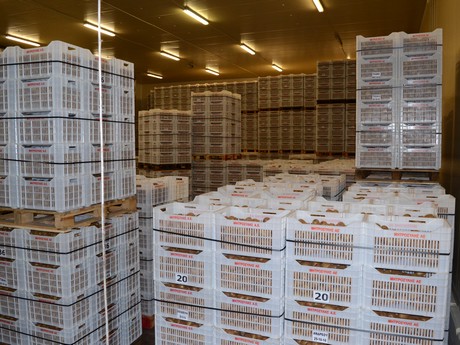 Strong increase in kiwi volume
Three years ago, Mitrosilis started exporting kiwi fruit. The company has their head office in the south of the country. Traditionally, the kiwi production can be found in the north and the west of Greece more often. The most important production areas are around Katerini and Kavala in the north, the historical heart of the kiwi production. Around Arta, in the east, orange growers are choosing to switch to the production of kiwi fruit. 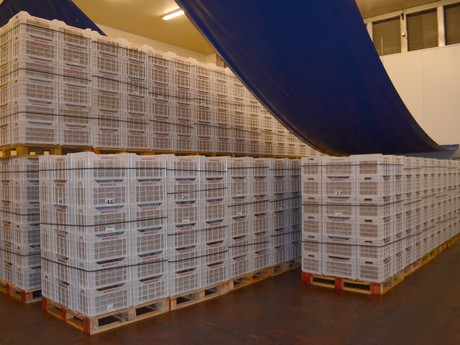 The family company was founded by Andreas Mitrosilis in 1976. The second generation (Christos and Irini) has now taken over the wheel. Mitrosilis once started with a packing station for oranges and apricots. That was the base on which the assortment was expanded. In the years that followed, grapes, and finally kiwi fruit were added to their range. The export of oranges, good for 20,000 tonnes, is still the largest product group. Tangerines and grapes follow at a distance with an export of 5,000 tonnes. Last year, 3,000 tonnes of kiwi fruit was exported, a volume of 5,000 tonnes is expected this year. Of the apricots, 1,500 tonnes were exported. “We work with supermarkets in 26 countries, and we’re known for our quality and reliability,” Nikos says. 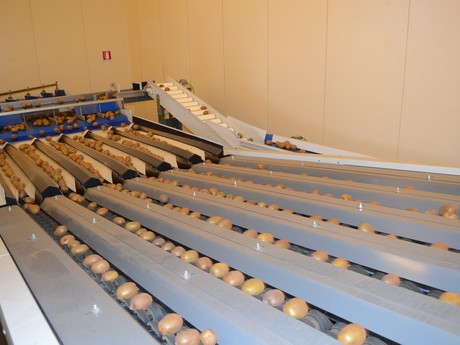 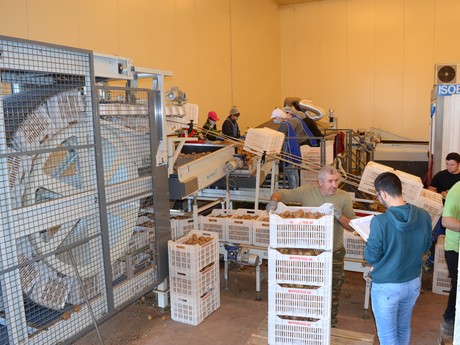 Global interest in Greek kiwi
Due to the difficult situation in the citrus sector, Mitrosilis decided to add kiwi fruit to their range. The Greek climate is ideal for the production of citrus, but the old varieties and small areas limit export opportunities. The decision turned out to be a crucial step. Annually, the company exports more and more kiwi fruit. “We’ve set up a new cooling project in order to work more flexibly,” Nikos says. “We used to rent to cover some of our needs for cold store, but now we’re expanding our own cells.” 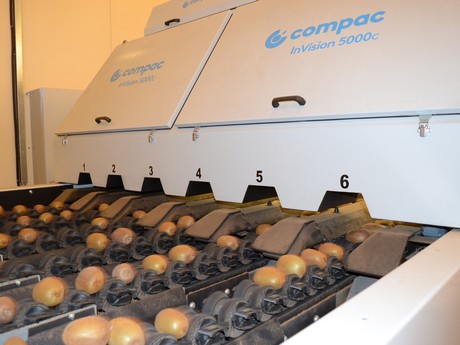 Some hundreds of metres from the citrus packing station in Nafplio, a large sorting, packing and storing warehouse can be found. The optical sorter can sort up to 25 tonnes of kiwis per hour. After sorting, the fruit is placed in pre-cooling and cooled down to 0.0 degrees Celsius. This is followed by storing. Before the start of the 2019 season, the current building should be expanded with room for an additional 2,000 pallets.

“The production of kiwi fruit is becoming more and more important for Greek growers,” Nikos says. “Growers see the opportunities offered by this market.” In the Northern Hemisphere, Greece can count itself among the three largest producers if China, which mostly produces for the domestic market, isn’t counted. “We saw this opportunity, and it has had good results. The global market for kiwi fruit is enormous. We were surprised by the interest in our kiwis during the Asia Fruit Logistica in Hong Kong earlier this year.”