The expectations for the Greek citrus season are high. The harvest is looking well, and unlike last year, hail didn’t damage the fruit. The only thing that could cause problems for the exporters on Eastern European markets is the devaluation of the Turkish lira. 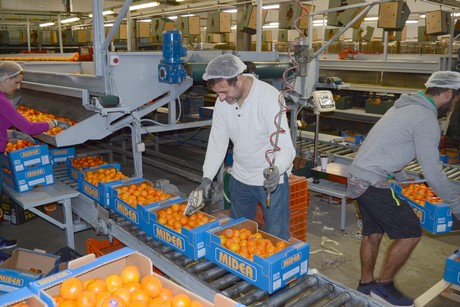 Poland is the largest export market for the citrus. “The distance from Spain is similar, but the Poles came to Greece to work, and they’re therefore familiar with the Greek fruit,” explains Dimitris of Midea Fruits. The Balkan is the company’s second export market. Germany and Denmark are sometimes added to the list. The majority of the export consists of oranges, supplemented with tangerines, apricots and grapes. The stone fruit is traded in the summer months, followed by the grapes and the citrus. 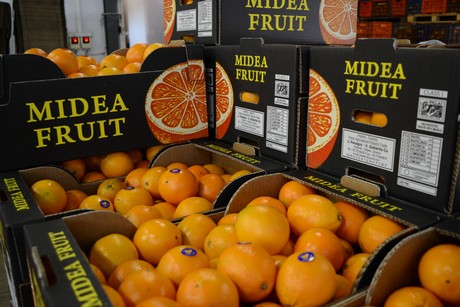 Season started earlier
With this assortment, Midea Fruits can keep their workers employed year-round. “We have a lot of workers from surrounding villages, supplemented with some foreigners,” Dimitris says. “We try to find local people.” The company is located in the citrus region of Greece: Nafplio. The packing station is located on a country road, surrounded by citrus trees. Between 60 and 70 people work on the packing lines.

“We work with supermarkets and wholesalers,” he continues. In total, about 900 full lorries leave the packing station during the citrus season. The season started on 22 October, and it’ll last until July next year. In these months, Navelina, Navel, Lanelate and Valencia will be marketed. “Prices were low at the start of the season, but quality is good this year,” Dimitris says. Last year, the harvest was damaged by hail, which made the season more difficult. No exceptional situations occurred this year. “We started a bit earlier, so we might finish a bit earlier.”

Turkish competition after devaluation
“Competition from Turkey is fiercer this year. Due to their economic crisis, the fruit is much cheaper there. We noticed that during the grape season, and we’re now seeing it with citrus.” Because of the devaluation of the Turkish lira, the Turkish fruit has more appealing prices on the global market. During the grape season, the Greek traders saw cheap grapes from Turkey appearing on the market, resulting in increased competition. “These grapes had lower prices, but their quality was lower as well.” 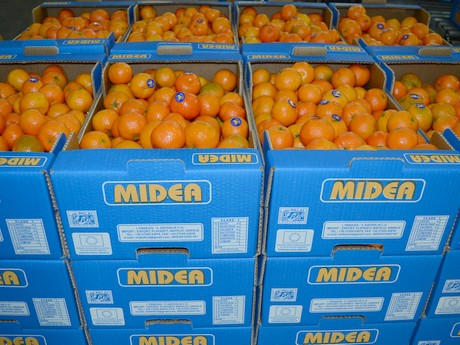 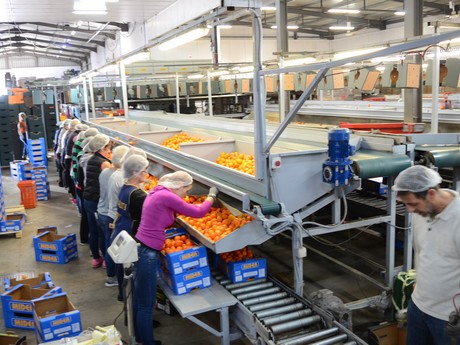 Midea Fruits was founded by growers who wanted to take control of their own sales. In 2005, the company started supplying a Greek supermarket. Two years later, they started exporting, and the first lorry left for the Balkan. In 2008, a few more export markets were added to their portfolio. “We also started with apricots in that year. We needed a sorting line in order to grow.” That sorting machine was purchased, and the building was expanded in 2009. The first grapes were packed in that year, so that more and more room was needed. “Export has grown considerably. We started with ten lorries per year.” They also have plans for the future: an improvement in efficiency and a third cooling cell are on the company’s wish list for the coming years. 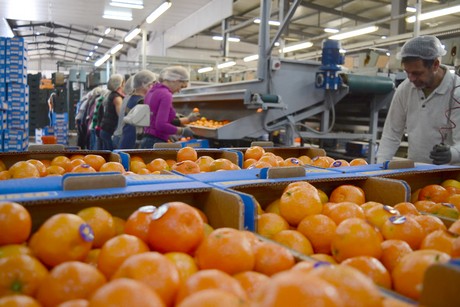 Greek economy stabilised
“Every export year is different. We had good weather, and the quality of the fruit is good. Besides, the economic situation is better,” Dimitris analyses the export season. Adding everything together, he’s positive about the opportunities. “For growers, the economic situation in Greece has stabilised, the downwards trend was stopped.” That doesn’t mean all suffering has ended. A lot of growers have second jobs. 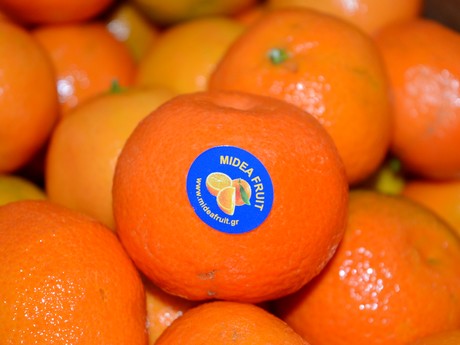 “In tangerines, we have clementines and Nova, it’s difficult to change this,” he explains. “A lot of growers are too small to replant a field with new varieties at once. They don’t have the money for that change.”