California's Navel orange season has just started. Over the last couple of weeks, an increasing number of growers are picking fruit and starting to ship the new season crop. The weather has remained fall-like, with dry conditions and temperatures not low enough to allow fruit to size up. As a result, there is an abundance of smaller sized oranges entering the market in this early stage.

"We just started harvesting this week," shared Derek Vaughn of Johnston Farms in Edison, California. "Some growers started a couple of weeks ago. At this stage, it hasn't been cold or wet enough and the fruit is not sizing up. There are a lot of smaller sized Navels entering the market."

Vaughn added that the mild weather looks set to stay for the foreseeable future. "The forecast indicates these mild conditions will continue," he said. "We can expect day time highs in the low - mid 70s, dropping into the 50s at night. We are hoping that once cooler weather eventually comes, the fruit will start to size up better for the remainder of the season." 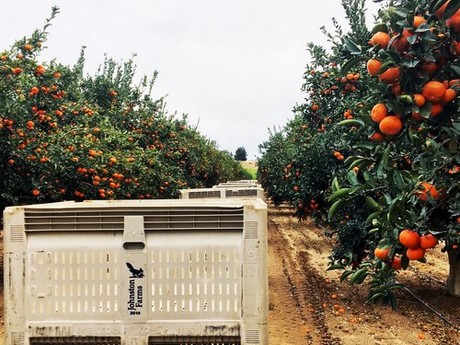 Prices dropped within the first week
The market is not looking good for California growers. When harvest commenced, prices were good, but with the influx of smaller sized oranges, prices dropped quickly and dramatically. "During the first week, prices were normal," Vaughn noted. "We were seeing prices of $19, $20 for 88s, and $17 for the smaller 113s. However, once everyone got started, prices dropped in a week. Now they are at $16 for 88s and $12, $13 for 113s."

There is also the factor of fruit from the offshore season that is still around. Particularly on the East Coast, there is still a lot of Chilean Navels that need to be moved in order for the domestic crop to start seeing better prices. "Most of the competition for California Navels is from Australian and Chilean Navels that are still being cleaned up," Vaughn observed. "Also, the Valencia season finished not long ago in California, with some fruit still left to clear." 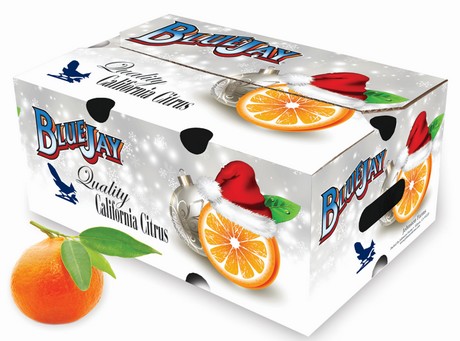 Higher demand expected during holiday season
The Thanksgiving holiday in the US is only a few weeks away. California Navel growers, however, will be looking beyond this to the weeks leading up to Christmas. This is the time of year when Navel demand rises and growers are hoping for an improved market.

"Typically, the week of Thanksgiving is slow, with school being out and overall demand weak," Vaughn said. "It gets busier a week after Thanksgiving and in the weeks leading up to Christmas, however."

Last year, Johnston Farms launched a holiday-themed carton. The company received an excellent response according to Vaughn, and this year they plan to launch themed cartons again, this time for two different holidays during the Northern winter. "Johnston Farms will for the second year running, launch a holiday carton," he said. "We will also be launching a themed carton for Lunar New Year, which falls on February 5. Both of these cartons will be available during their respective holiday promotion times in both the United States and Canada."