French kiwis back on Canadian markets from November

The French kiwi season started this month. “The French kiwi is a high quality product. Consumers like it a lot”, according to Adeline Gachein of B.I.K. (Bureau National Interprofessionnel du Kiwi), the national interest organization of the kiwi sector. After apples, kiwis are France’s most exported fruit.

Export to Canada
The French growers’ cooperation Primland commercializes the kiwis and kiwi berries of 220 growers, together responsible for 745 hectares. The cooperation opened a branch in Toronto in 2017. François Lafitte, president of Primland: “We’ve been exporting kiwis to Canada since 1991, but due to cheaper Italian and Greek competition, the export decreased. Nowadays, Canada provides a demand in the more expensive, Label Rouge certified French product too, and we set up a good network with importers. Our Oscar kiwifruit will be on the Canadian market again in November.” 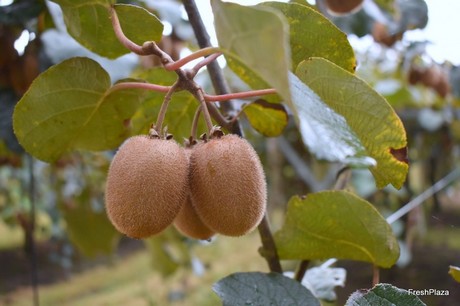 Ontario versus Québec
Primland is also trying to reach Canadian consumers with their French kiwi berries. François Lafitte: “They’re successful in Ontario, but not in Québec. I think this is due to the difference in population. Asians and Indians mainly live in Ontario, and they’re more likely to buy kiwi berries than the people of Québec.”

Chinese consumers prefer French fruits
Most French kiwis are exported to other European countries and Asia. "Many Chinese consumers prefer to eat French kiwis rather than Chinese kiwis, because China allows the use of more pesticides," said Adeline Gachein. "French kiwifruit are strictly regulated and barely dusted: they are either removed or not treated after harvest." The biggest challenge for kiwifruit producers remains the PSA. In Europe, we are not allowed to treat with antibiotics, but we have other techniques to deal with this problem. "

A specific environment
Three-quarters of French kiwifruit production is in the south-west of the country. "Most French kiwifruit are grown near rivers, where the soil is especially suitable for them," says Adeline Gachein.

5 kilos
Primland’s kiwi grower François Idiart grows his kiwis on a small island in the river Gave d’Oloron. Some of his trees are as old as 40 years. François: “A tree must be able to produce at least 5 kilos of fruit to be cost effective. As long as a tree manages this, we’ll keep working with it.” 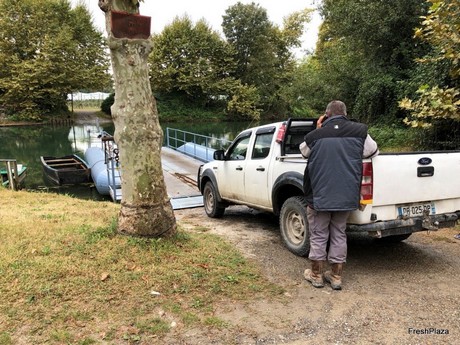 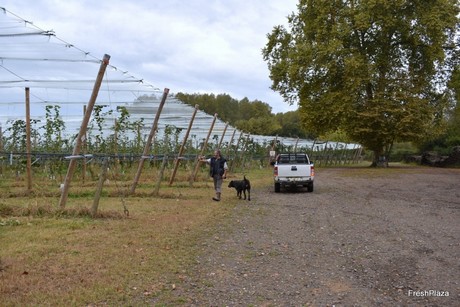 A walk through the orchard

Amount of seasonal workers in decline
Although François shouldn’t complain about the amount of workers, he does notice requests are declining. “We used to get a lot more requests. Luckily, we’re still able to fill all posts with regional workers.” 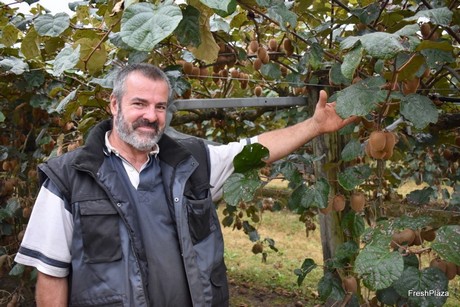 In addition to kiwis, François also produces kiwi berries. "The harvest of kiwi berries and of kiwifruit take place one after the other, which lets us harvest kiwis at the best possible time for their quality, without overwork. "

Considerable investments
According to François Lafitte, kiwi berry producers are expecting a lot from this product. "Primland has made substantial investments in commercializing kiwi berries. There is a great desire to return to the producer. Producers are in turn eager to offer a quality product to the consumer.”

The products of grower Jean-Louis Tissier are affiliated with Primland as well. Just like François Idiart he started growing kiwi berries to provide in year round work. His first harvest was back in 2010. He tells that, as a kiwi berry grower, you need to invest immensely in antifreeze systems. “If kiwi berries freeze, you’ll lose your entire yield.” 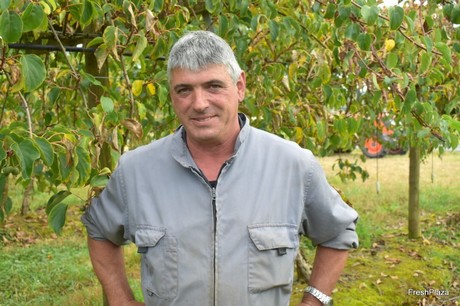 Jean-Louis Tissier among his Nergi-trees in the village Lahontan in the south of France. He grows other crops as well, such as apples and corn. 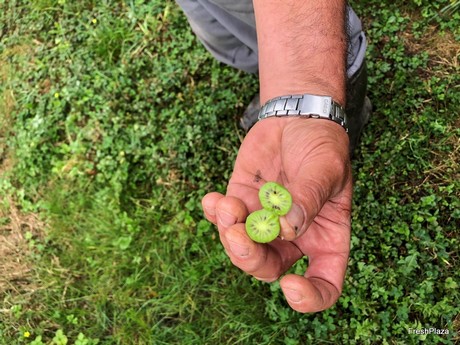 The harvest is over, but Jean-Louis manages to find a forgotten kiwi berry on a tree

Investing in the processing sector
Kiwi berries are commercialized by Primland under the Nergi brand. It is a high quality fragile product, and therefore part of the harvest does not meet the quality requirements to be sold individually. That's why Primland invests in transformation. "There are no processed Nergi products yet," explains François Lafitte.

Right now, Primland is testing various products, such as kiwi berry juice, jam and ice cream. François Lafitte: “The advantage of a kiwi berry is that it’s a very sweet fruit, so you don’t have to add a lot of sugar to the processed product.” 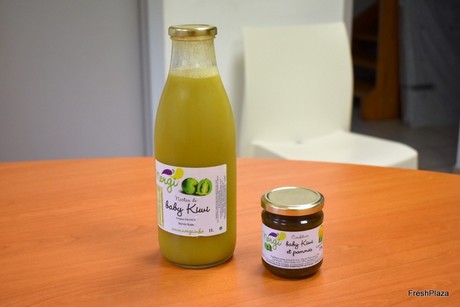 Facts and figures
France is the seventh kiwi producer in the world. The most important production areas are located in the south west and the south east of the country. 90% of production concerns the Hayward variety. The other 10% are Summer Kiwis, yellow kiwis, and kiwi berries.

The French kiwi season runs until May.