"Shortages on strawberry and raspberry market"

"The strawberries are currently very expensive. On the free market, prices are around 7.00 to 7.50 euro per kilo. In October we have had a very high production thanks to the beautiful weather, which is now causing shortages. Also the next three weeks will be extremely expensive weeks because of the shortages. This makes it a comparable situation to 2016," according to Edward van den Eijnden of Angus soft fruits Europe from Ridderkerk (Netherlands).

"In the coming weeks we will have to rely mainly on the Dutch and Belgian greenhouse strawberries. Via our parent company we already received some Moroccan strawberries, but these volumes are quite small. The weather in Morocco is not that favorable for the cultivation of strawberries. Only at the beginning of December more strawberries will be available from Egypt and Morocco", Edward continues. 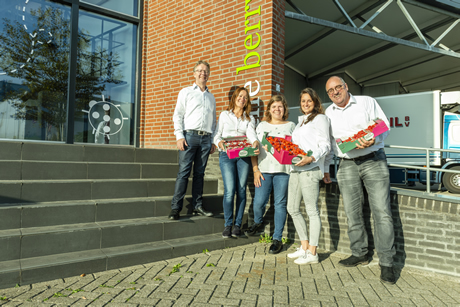 There are also shortages in the raspberry market, says his colleague Piet Meerkerk. "Until a week and a half ago there was too much product on the market at low prices. But since about 10 days ago shortages have arisen and prices are going to rise. In southern Europe it is quite cold - yesterday even colder than here - and the production is just disappointing. In Morocco the production is even four weeks behind."

It is different in the berries market, where currently quite a lot of blueberries are available in Europe. "Unfortunately, that is not entirely in line with the prices that Latin American exporters are thinking about. The quality of the Argentinian, Uruguayan and Peruvian blueberries is not great either. In contrast, the berries we receive from Zimbabwe, as well as the first Chilean berries are of good quality", Piet concludes.