The blueberry season has now well and truly transitioned to South America and supplies have been coming for just over a month now. The first blueberries were air freighted to expedite the entry to market, but they have subsequently been complemented by sea arrivals, with air freight to largely finish up in a matter of weeks. Argentina is a major early supplier but Chile and Peru are now building volume as the season progresses.

"Early supplies come from Argentina, Peru and even Uruguay," noted Jimmy Ledezma of Golden Blues based in California. "Much of the Argentinean blueberries are sent by air freight and these slow down once sea arrivals start, particularly from Peru because they can't compete on price. Now that sea arrivals have commenced, already we have seen the market drop from $24 - $28, down to $18, $19 today. Once that market hits $18, air freight tends to cease and we can expect that blueberries from Argentina will stop entering the US market by air in a few weeks."

Ledezma continued by saying that he expects demand to strengthen ahead of Thanksgiving. "Despite fresh blueberries not being a traditional Thanksgiving food, we always see a strong pull along with other produce items," he said. "Much of this will be for frozen blueberries because a lot of people use them as an ingredient in recipes, for baking and so forth." 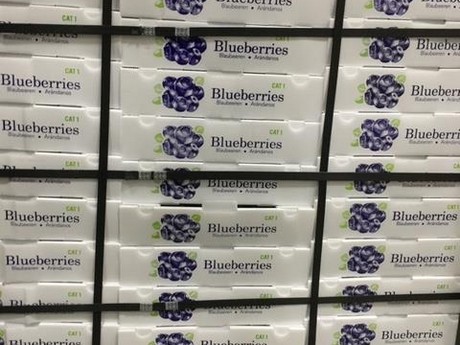 Peru is a major player now
It was only a few years ago when blueberry shipments from Peru started to trickle into the US market, with a couple of thousand tons just five years ago. This year, Peru expects to export 75,600 tons. Ledezma noted that Peru was often seen as just a fill in during transitions, but it has since grown to be one of the top South American exporters. Much of this has to do with the short sea journeys in comparison with other countries.

"Peru used to only supply the market until Chile starts," Ledezma recalled. "It's a relatively new player but is a major source country for blueberries and other commodities now. It only takes 10 or 11 days for shipments to arrive to the US, compared with the 28 days that it takes from Argentina to Philadelphia. That is a big difference and as a result, Argentina is sending less now."

Ledezma also said that the Peruvian berries don't need as much treatment prior to shipment, resulting in better quality fruit. "In Argentina, blueberries require fumigation before being shipped by sea," he explained. "Quality tends to suffer and is contributing to the disinterest in containers from there. In Peru on the other hand, blueberries only require cool treatment for 14 days and because of this, they are loaded a few days before shipment so they can complete the shipment while traveling. These are some of the reasons why Peru is seeing huge growth and is increasing acreage each year." 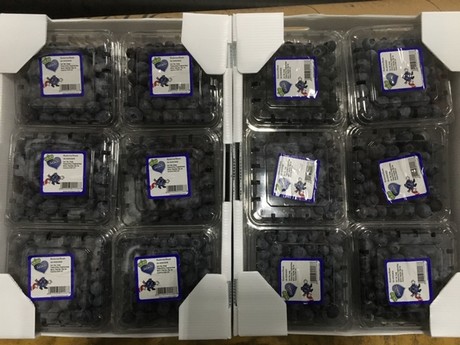 Mexico struggling after storms
Mexico also typically enters the market strongly on blueberries in the Northern autumn season. However, many of the growing regions have suffered from the hurricane activity and associated heavy rains that have spread across the country in the past couple of months. This has resulted in a slow start for the blueberry season there.

"There were no less than three hurricanes that passed over the blueberry growing regions in Mexico this year," Ledezma observed. "I work with two growers there and neither of them have started production yet. Overall, production is down in Mexico and it's not been a good start to the season. The excessive rain has not only reduced supplies but also affected quality, including the increase in fungal infestations."