How is the melon market for Myanmar and China?

Xinjiang is a very important area for producing melons, most of its watermelons are planted in the southern provinces in China, but the season only lasts until October. After October, the season in Myanmar begins and takes up to 75% to 80% of the market share for the Chinese watermelon and melon market from November to April.

According to Paul Shing from Gyaldar, Myanmar is covering the gap for the Chinese watermelon and melon season. “In Myanmar they can actually have two yields a year, but because China is their biggest export destination, a second season is not profitable. The second yield is overlapping with the season from Xinjiang as well as other southern provinces and accumulating all the transport costs to the price, so it is impossible to compete with melons from Xinjiang. So when the watermelon and melon season of Myanmar starts in November, this will be a ‘hot’ season for export to China.” 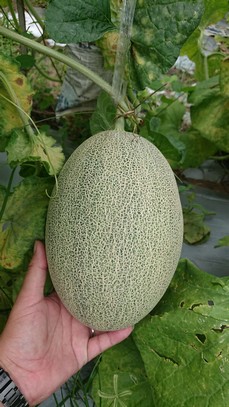 “The most popular water melons varieties exported to China are the Tian Wang, 855, seedless water melon and the yellow pulp water melon. For other melons, Myanmar exports four to five different varieties. This year’s sales season will start within one to three weeks. Then, it will turn into a very busy period, because every day trucks filled with melons will enter the border between China and Myanmar in the city of Muse and they will try to sell their melons for the best price over there. However, negotiating with the Chinese buyers at the border is kind of rough, because the Myanmar farmers need to sell their products on spot, if not they may as well throw their products away. Therefore the Chinese buyers have a more advantaged position when negotiating the price and thus can set the price more easily.”

“We're already trying to improve the situation of the farmers ourselves. We use contract-farming, where we also try to explain to farmers new and better techniques, so that their products will be of higher quality in the end and they maybe can try to export it to more different countries or set a better price for their product. Furthermore, Myanmar does not have a very effective export system and the infrastructure also lags behind. This makes it much harder to do business in Myanmar for new investors, but we still try our best to do so. We hope soon the government will take action to develop the export system of Myanmar further, so it is easier to trade all the beautiful natural and tasty fruits of Myanmar to more places in the world.” 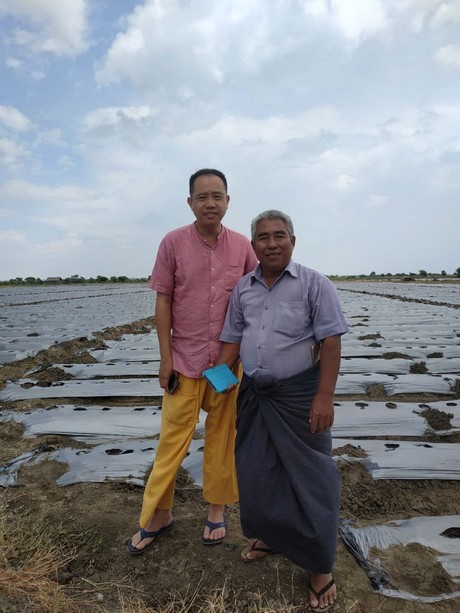 “One of Myanmar’s specialty fruits is the red banana, which is better known as the Golden Banana. The banana varieties in supermarkets are not really diverse - about 80% of the bananas in supermarkets consist of only one variety, the Cavendish. But within Myanmar they have three to four different banana varieties and the Golden Banana variety is especially tasty. The peel of this banana is not yellow but red. We are still searching for some good farms to work with to export these bananas and encourage new customers to contact us.”