Sales of Migo® and Kanzi® increasing

Both the Belgian apple and the pear harvests are larger than initially estimated. All cold stores are completely full. According to BelOrta, it will be challenging to keep sales going. An increase of domestic consumption as well as export to destinations further away both offer opportunities. 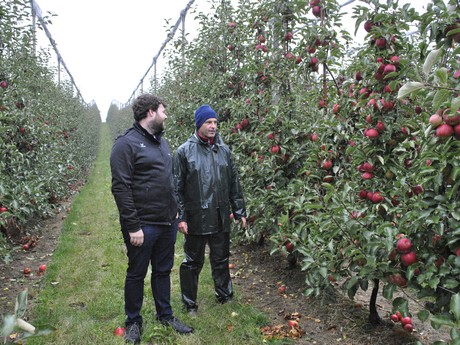 BelOrta grower Chris Groven is satisfied with the current harvest. “The final Jonagold apples are looking well. They’re a bit large but taste great.” Chris grows cherries, apples and pears on an area of 23 hectares. The cherries are covered, and part of the apples is protected by hail netting.

With an annual turnover of 440 million euro by means of selling more than 650 pieces of fresh produce to 70 countries globally, BelOrta is one of the largest Belgian sales organisations. For their fruit segment, top fruit is an important product group. The apples and pears come from roughly 200 growers connected to BelOrta. “The area amounts to 3,527 hectares in total, divided into 2,410 hectares of pears and 1,116 hectares of apples,” says Kris Jans. He is manager of BelOrta in Borgloon, the fruit division of the auction. From Borgloon, the largest share of apples, pears, strawberries and woody small fruit is marketed. 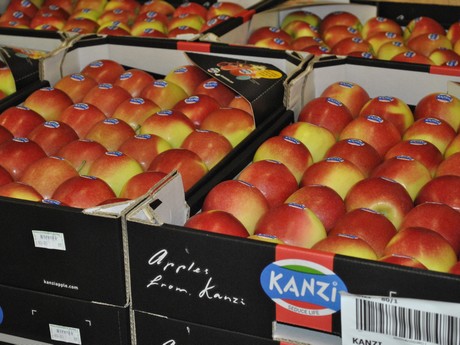 Auction sales remains most important sales channel
The apples, and the pears in particular, are sold at auction. Every Tuesday and Thursday, the buyers can come to the auction, where a new sales hall was opened this year. Buyers can buy simultaneously from BelOrta, which means they can bid simultaneously on products that are offered by different Belgian auctions. Kris: “It doesn’t really matter where these are. We’re seeing more and more customers buying at a distance, but the majority still show up for the auctions. Customers want to see the products, and besides, the sales hall is a social happening, where colleagues can talk to each other. That’s how they stay up to date about what’s happening on the market.” 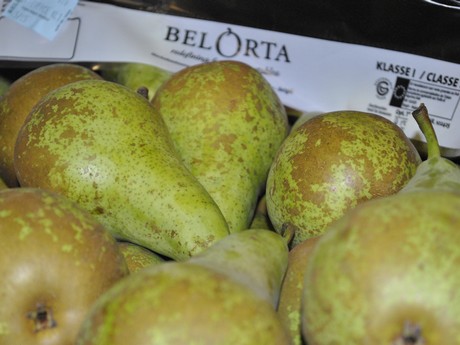 The auction therefore continues to be BelOrta’s most important sales channel. “It guarantees the best price for our customers,” Kris continues. “Auction sales are an open and transparent system. It actually offers everyone in Europe something to hold on to regarding current price situations. Yet we’ve noticed we can’t always provide the desired packaging and design. That’s why we’re also offering the option to buy using a pre-sales system as of week 42, and we expect this will gradually get started before increasing in future. The demands of customers are becoming more and more specific, and we want to continue responding to that.” Besides the new sales hall, the office design has also been modernised. Additionally, the construction of a packaging warehouse of 10,000 m2 on the other side of the street has been scheduled. “We’ve grown considerably. In 2016, about 100 apple and pear growers joined us. Logistically speaking, a continued expansion is a must. It also gives us the required flexibility to anticipate customer-specific demands.” 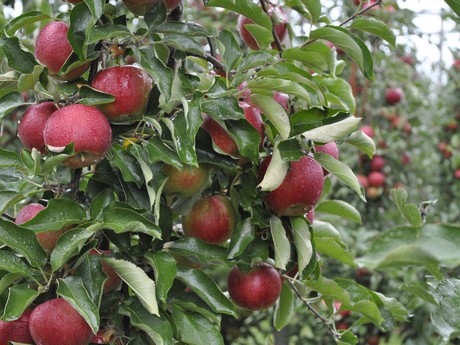 More apples and pears than expected
Field worker Brecht Geerdens mentions that the harvest is larger this season than initially expected. During the growing and harvesting period, he can often be found in the orchard to monitor production and support growers. According to him, the predicted small sizes of Conference pears aren’t as bad as expected either. “The sizes of the pears recovered later in the season, resulting in more kilograms. With apples, part can even be called large. The colouring of the apples fell behind a bit during the growing season, but in recent weeks, the cold nights have done their job well. The warm summer resulted in a good sugar content early in the season. We can be satisfied with the quality of the top fruit.” 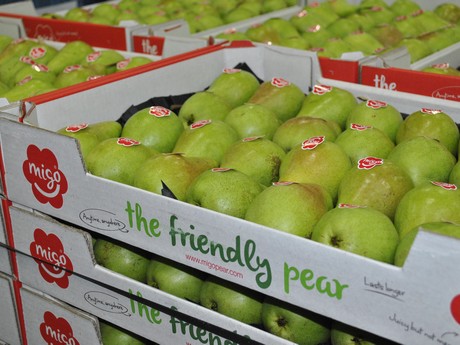 However, he has noticed growers find it difficult to control the increasingly extreme weather circumstances. For example, extremely dry weather was experienced this season, and growers had to decide whether to irrigate or not. “Hail nets, for instance, is another one of those things. We’ve noticed more and more growers are considering the investment. In years with hail, a protected production can make all the difference. Furthermore, we offer the option of supporting growers when taking out hail insurance by means of a collective and GMO subsidy.” 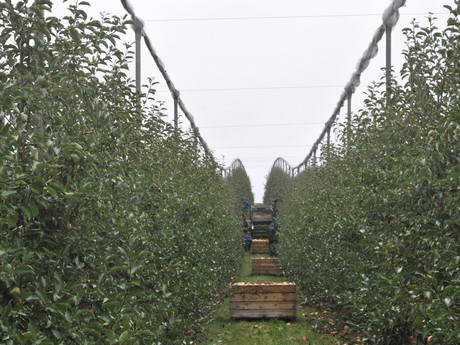 Increasing interest in Migo pear
With an area of 600 hectares, Jonagold continues to be the most important apple variety for BelOrta. For pears, this is Conference with as much as 2,056 hectares. Particularly in the field of export to destinations further away there are still plenty of options for continued expansion of the sales market for Conference, according to Kris. “We’re very dedicated to third countries such as China, Vietnam, Brazil and India. Israel and Canada are also options. We’re investing here by organising promotions and tastings, among other things. It takes time but offers potential. We’ve seen this in Germany in the past, where people were only familiar with the Abate pear. It took a lot of time, but the Conference has gained a permanent foothold.”

Despite increasing popularity for Conference, there’s also increasing interest in other pears, including the Migo. Kris mentions the pear is also gaining ground on the domestic market. “Migo is seen as a non-dripping alternative of the once popular Doyenne du Comice, of which the area is decreasing. We’ve noticed more growers are interested in Migo, and we therefore have high hopes for the future of this pear. With this pear, we’re even willing to look into sales in third countries. Migo can handle longer transport times, and offers good storage options.” 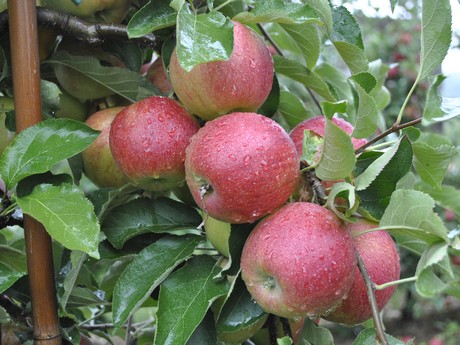 The sales of club variety Kanzi is also increasing, according to Kris. The harvest of this bicolour apple was large this season. Besides, the fruit has coloured well, and tastes particularly well as a result of the warm summer. “We’re still seeing plenty of growth options for Kanzi, and would like to reach 200 hectares in Belgium in the foreseeable future. There’s definitely sales capacity. Besides Kanzi, we also want to put Greenstar® in a brighter spotlight again this season. The green apple has a remarkably high vitamin C content, and is known for not colouring brown after it’s been cut. That’s why Greenstar has mostly gained a good reputation in cutting plants. However, the apple is also well-suited to just being eaten, and we want to emphasise this even more in the next few months.”