In recent years, there has been a push for pear growers and retailers in the United States to supply fruit that is ready-to-eat when consumers pick them up in the supermarket. According to Pear Bureau Northwest - commonly referred to as USA Pears - the reasoning behind this is that consumers want to enjoy pears within a day or two of purchasing them, rather than letting them stand at home for several days to ripen up more.

"Recent consumer studies show that 50 percent of pear buyers want to eat their pear within 2 days of purchase, and 71 percent consume them within 3 days of bringing them home," noted Kevin Moffitt, President and CEO of Pear Bureau Northwest. "Retailers have the opportunity to satisfy consumer desire by displaying conditioned pears."

Essentially, conditioned pears are simply pears that have gone through a natural ripening process, similar to what bananas and avocados undergo before they are distributed to stores. According to USA Pears, the process is completely natural and is simply a way to speed up what would occur over time anyway. Moffitt says the conditioned pear program that USA Pears promotes has been in discussion for decades and that many shippers already have the capability to condition the fruit.

"It was the late 1990s when the industry compiled available research and developed a conditioning manual with steps for proper conditioning of pears using ethylene similar to the banana and avocado industries," he explained. "Today we promote conditioning to retailers, getting them to consider using their banana and avocado rooms for conditioning pears. Many shippers of pears in Washington and Oregon also have the rooms and capabilities to condition pears for their retail customers."

Costs and shrink not a concern
Some suppliers might raise the question of cost. According to Moffitt, the cost of the conditioning process itself is not very high, with only the potential investment of a temperature controlled room that might be of significance. However, he pointed out that many shippers already have such rooms and therefore, costs will be minimal. "There are costs involved for the ethylene and catalytic generator or ethylene tanks as well as an airtight room with heating and cooling capability," he said. "Retailers and shippers who already have the rooms have fairly limited costs." 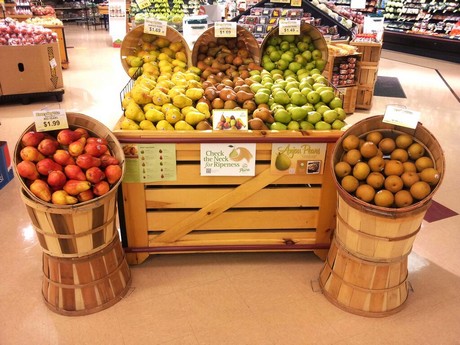 "Generally, there have not been many reported incidents of increased shrink due to carrying conditioned pears," Moffitt explained. "In many cases, shrink may be less as the fruit does not sit on the shelf as long and people may be handling fewer knowing that the fruit will be ready to eat in a day or two."

Further, the organization encourages retailers to make it obvious to consumers that the pears are ready to eat, through signage at fruit displays for example. Overall, they say that the benefit for retailers is that conditioned pears outsell non-conditioned pears.

Plenty of room for more conditioned pears
USA Pears acknowledges that some consumers prefer crunchy pears. Also, pears for export don't need to be conditioned due to the long journey and the fact that some markets have limited refrigeration capacity. It's also worth noting that ethylene has not been approved for use on organic pears, so this category is unable to have conditioned pears. Therefore, the organization is aiming that close to half of the fruit be conditioned. This is still a long way off the current level of conditioning, as Moffitt says. 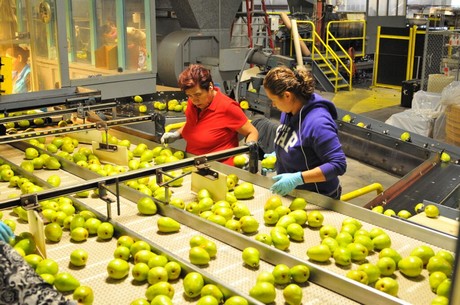 "Only about 15 to 20 percent of pears sold in the US market are conditioned. We would like to see that number go up as it could increase consumer consumption and satisfaction. Our industry would like to have 40 to 50 percent of the Anjou pears sold in the US conditioned either at shipping source or at the retail level. When we reach that level we can reevaluate the goal. Conditioned pears are part of the tool kit but not necessarily the end all for all pear shipments and sales."