Supplies even of domestic organic persimmons

Organic supplies of persimmons are seeing mixed levels of volume depending on where in the country they’re hailing from.

On the west coast, Stephen Paul of Homegrown Organic Farms in Porterville, Ca. says supplies of persimmons are fair, if not up slightly.
“On the Fuyus, we’re seeing some new plantings coming in, including some of the chocolate Fuyu,” says Paul, who notes its growers largely based in California’s Fresno County. “We haven’t seen as many new plantings coming in on the Hachiya persimmons.”

While HGO has just begun harvesting the Fuyus, which should be picked within the next three weeks, it has been harvesting Hachiyas already for two weeks. 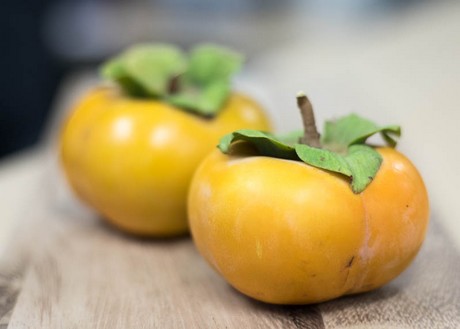 Different picture on the east coast
Meanwhile in North Carolina, a state which saw Hurricane Florence affecting it in mid-September and then Hurricane Michael touch down in early October, it’s seeing a downturn in its volume this year.

“We’ve had a really short season. We just wrapped up this past week. It was a tumultuous spring and the two hurricanes bruised a lot of fruit,” says Josh Barnes of Barnes Farming Corp. in Spring Hope, NC. Barnes adds harvest usually wraps up the first of November and he estimates in total, supplies were down 15-20 percent. “This year we also had a lesser crop load. Sometimes the crop has a heavy load one year and a lesser load the following. The lesser crop coupled with the weather meant that while we had great quality fruit, it wasn’t a huge crop this year.”

Harvest started later as well for Barnes, which only grows Fuyu persimmons. Since fall temperatures didn’t settle in until post-Michael, the fruit was later to color after those first few nights of low temperatures. 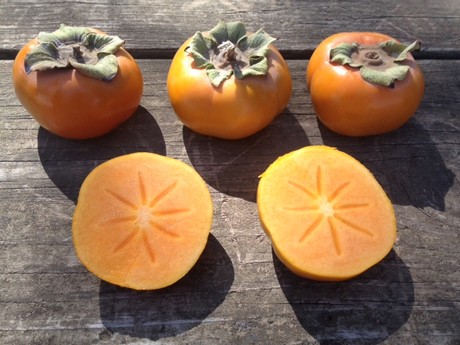 Pick up in demand
At the same time, what both growers are seeing is a steady increase in demand for this fruit. “I think with meal delivery programs, social media, the Food Network, all this creativity is happening now with food and people are inspired to try things,” says HGO. “It’s all helped stimulate excitement around this specialty item.”

So while the pricing does get a short-term specialty item bump in the marketplace—and the price is currently comparable to last year, perhaps slightly up says HGO’s Paul—that higher price tends to be short term. “You’ve got to be realistic on price—you only have a certain amount of time to sell it,” he says.

Looking ahead, HGO’s Paul is keeping its eye on that small window for persimmons. “My goal is to be picked, packed and shipped before Thanksgiving is over,” he says. “That gives us a short three weeks to work with.”