Strong demand for the KORU® apple in Asian markets

The variety was discovered as a chance seedling in Nelson, New Zealand, and due to the amazing taste, commercial plantings quickly followed in 2011. KORU® was initially trialled in the US market, "In the beginning we sent 90% of the crop to the US, but in the last few years we have trialled KORU® in other markets such as SE Asia, China, India, Russia, Canada and Japan among others” explained Naomi.

The response from these markets has been heartening. 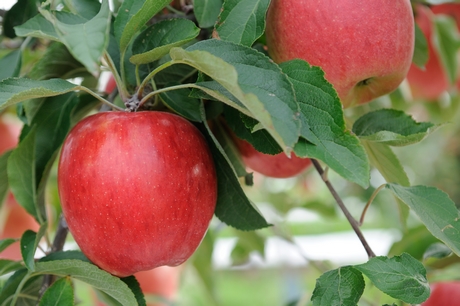 "We have been collaboratively working to develop these ‘alternative’ markets and this year we sent 35% of the KORU® volume to non-US markets such as Europe, Russia, China, Hong Kong, Thailand and Vietnam. Next year we are hoping to send 45% of volume to these markets. It is still a relatively unknown apple in these alternate markets, so we are trying to build brand awareness by doing promotions and tastings."

This year Fern Ridge Fresh sent some shipments of KORU® into the European market, which was a first for the fledgling KORU® apple. "Strong demand in the European market at the start of the season augurs well for the future of the variety there,” she says.

Volumes of KORU® reached 180,000 18kg cartons this season, and in 2019 Fern Ridge Fresh expect volumes to increase to 285,000 cartons. The increase will come from existing orchards with increasing volumes, and additional volumes from orchards just coming into commercial production.

The KORU® is a cross between Braeburn and Fuji, and according to Naomi, it is a perfect balance between sweet and tart, and it stores extremely well. The meaning of the brand name KORU® is ‘new life’ or ‘new beginnings’ in Maori (New Zealand’s indigenous language).

“KORU® is incredibly crunchy and crisp and has a sweet, complex aromatic and honey like flavour with a slight acidity; for taste buds tired of the plethora of new apple varieties this one really brings something new to the table.”

Harvest will start in early March, "We are at the early fruitlet stage and have had a warm spring in Hawkes Bay, we are hoping for a good fruit set, but it is a little early yet."

Piqa® Boo®
“Piqa®Boo® is an interspecific pear variety developed by Prevar in conjunction with Plant and Food Research with an aim to revolutionise the fresh pear category. Piqa®Boo® was bred to combine the flavour characteristics of European pears, the texture of Japanese pears, and the shelf life of the Chinese varieties. The Result? A tropical flavoured, bright red skinned, juicy new fruit variety now known as Piqa®Boo®. The cool chain process of holding for several weeks prior to consumption aids to develop the unique flavour profile, and creates an extremely refreshing eating experience for the consumer,” explains Naomi. 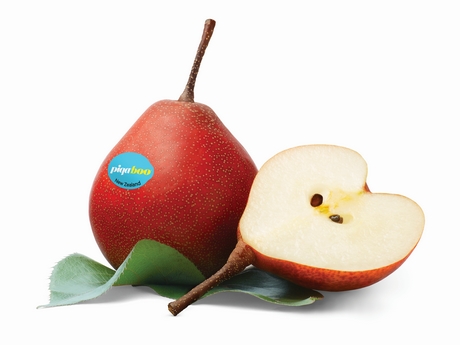 Piqa®Boo® is a premium fruit focused on the Asian markets, “Piqa®Boo® volumes are still relatively low and are set to increase steadily in the coming years. It is still early days for the variety, but the future is looking very bright.” The New Zealand Piqa®Boo® is grown predominantly in the growing regions of Hawkes Bay and Nelson by New Zealand’s leading pear growers. The combined experience of these family run orchards ensures the highest quality fruit is grown each season. This consistent high quality has resulted in increasing demand for Piqa®Boo® globally. “Fern Ridge Fresh is excited for the future of Piqa®Boo®, and look forward to sharing the breath-taking flavour with consumers worldwide.”