South African cherries enter before Chile, making a spot in the Chinese market an urgent goal 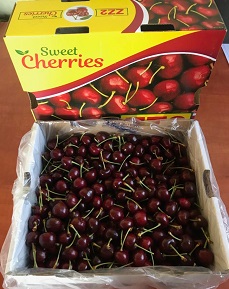 Between the end of the Canadian cherry season and the start of the Chilean season, at the beginning of October, there is a period of about two to three weeks when the UK market has no other cherry supplier than South Africa.

The enterprising agricultural company ZZ2, in South Africa mostly known for its tomatoes and avocados, fills this gap through mostly low-chill varieties from Zaiger Genetics, air-freighted primarily to the UK.

The cherry orchards on their Northwest Province farm are the most mature in their portfolio and provides most of the cherries – although the crop was a bit smaller than last year – while a newly developed cherry farm in Gauteng and another in Limpopo, both owned by ZZ2, have this year had an inaugural, small crop. There is a fourth cherry farm in Mpumalanga that ZZ2 is managing on behalf of mining company Exxaro. The spread of these farms allows ZZ2 to run a cherry season until the third week of November.

“The prices on the UK market were good, between R160 (9.58 euros) and R180 (10.78 euros) per kg. We have a very good programme with Tesco, so we send the vast majority of our cherries to the UK and a little to the EU,” says Clive Garrett, ZZ2’s marketing manager. “Approximately 20% of our production goes to the local market, where we have programmes with Woolworths and Shoprite Checkers, because domestic prices are also strong and we like to support the local market.”

He expects cherry prices to come down as the market receives more volumes. There are currently cherries harvested in Mpumalanga while the Western Cape’s burgeoning cherry sector will start harvesting in two to three weeks’ time. 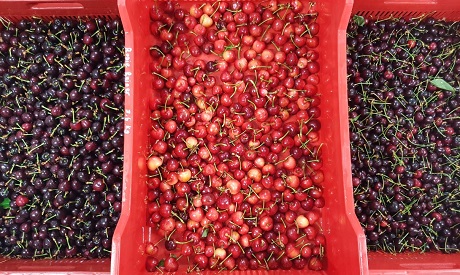 New sense of urgency to expand access to China
The South African cherry industry has been rejuvenated over the past few years with new varieties and in new areas, and volumes will continue to expand in the foreseeable future, but the duration of the season is limited.

“We’re hoping for new markets in future, like China,” Clive continues. “And it’s not necessarily going to take years. Cherries are third on the list, along with stonefruit, in the market access negotiations with China after pears and avocados. The industry had a meeting with the Minister of Agriculture a few weeks ago and there seems to be a new sense of urgency to open that market. President Ramaphosa has highlighted the importance of export earnings for the country’s economy.”

Getting South African cherries to China before the Chilean season opens is an opportunity too good not to pursue.