Transition from the Greek to Peruvian crop was quite smooth

Pacific Produce, known for its Peruvian grapes has imported small volumes from Greece for the first time this year. The Greek season started in August until mid-October with Thompson under the Gold Cup brand, followed by Greek crimson which will finish next week.

"There was a smooth transition into our Peruvian grapes which started arriving in mid-October with Superiors and Thompsons, the Crimsons are on the way now and will arrive in a few weeks," according to Rob Cullum from Pacific Produce. "The first of the new IFG varieties will depart in a few weeks’ time, these are mainly Sweet Globe, Jack Salute and Sweet Celebration. The Peruvian season will go till mid-February. 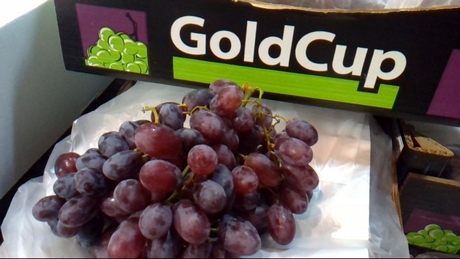 "This year was a trial year for Pacific Produce with Greek grapes, but the quality of the grapes from our grower there was very good and we went straight into our Gold Cup brand with them. It has been a hard year for Greek grapes as prices were very low, but we hope to continue next year and increase."

The transition from the Greek to Peruvian crop was quite smooth according to Rob, "We finished the Greek grapes just as we started with the Peruvian so it was a very good match. It gives us good continuity of supply. We also take some fruit from South Africa, Chile and Israel so we are only out of grapes at the height of the summer during the Egyptian season. 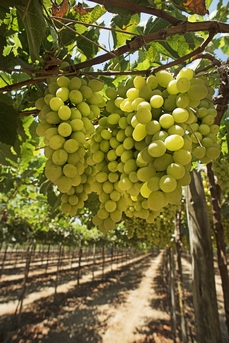 According to Rob, at the moment the market is split – it is good for good quality grapes, but there are a lot grapes with lower quality around. "This is typical for this time of the year as there are people who try to store Northern Hemisphere fruit for too long. Brazil sent a lot of grapes early this year which may turn out to be a great move as there are a lot of rumours about rain so the last part of the season could be with difficult quality.

The Peruvian grape season is running a bit late due to the temperature, so this may work well with Brazil being early – although  the UK the market is not moving as fast as normal so we will have to wait and see!

The berry sizes from Peru are big as expected and the fruit is very strong, volumes will up on last season which was an El Nino year and accordingly the prices will be down. in addition to the bigger volume from Peru, California has a large crop meaning less will be sent there at the beginning of the season. The normal US window will be 2 to 3 weeks later than normal so Peru will have to reduce shipments to North America and look for alternatives . 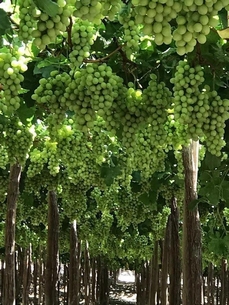 "Peru is therefore trying to diversify a little bit by sending more to Asia or to Europe which may close the window normally left open for Namibia or South Africa. This could lead to a very tricky period in December and January when Namibia and South African grapes will arrive. Peru does have the advantage of having more premium varieties at this time of the year, so consumers may prefer to have these, but the challenge lies in the price, as Namibia is very cheap compared to the premium varieties from Peru."

The US-China tariff war could mean that less Californian grapes will go to China than in previous years, which may create an opening for Peruvian grapes there.

"There's never a dull moment with grapes and each season brings a new challenge or opportunity."