It’s something that’s needed now more than ever. 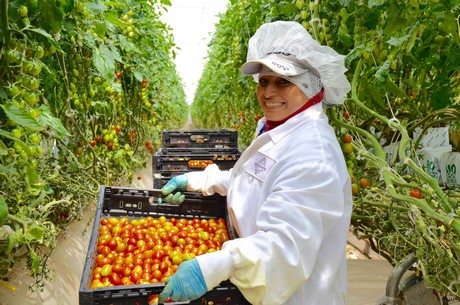 Certification history
While it’s a means to an end, it wasn’t that long ago when EFI first formed and were met by raised industry eyebrows over the concept of such a certification. It was as short as six years ago in fact. “Mostly because the folks in the industry, given the conflicted history of labor relations, they were very suspicious of any initiative that included a worker’s union,” says O’Driscoll.

However, in 2014, the Los Angeles Times produced a notable story that shone a light on working conditions in the Mexican agriculture industry and thus challenged retailers and growers to improve the situation.

“And now the reception is very different from growers,” says O’Driscoll. Not only has he seen the industry respond from a larger perspective—think the recently launched Ethical Charter on Responsible Labor Practices, introduced by the Produce Marketing Association and United Fresh Produce Association this summer--but he sees direct reactions from growers as being more positive as well.

Today, EFI has certified 28 operations in Canada, Mexico and the U.S. and O’Driscoll notes that California berry producers were some of the first companies on board. He also notes that EFI is receiving increasing interest from another area of the agriculture business—namely greenhouses. 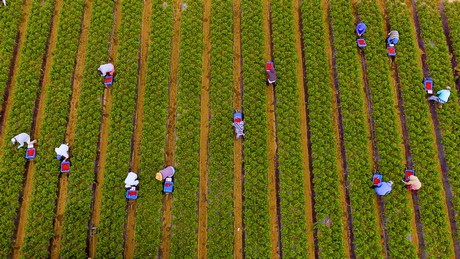 Workers in an Andrew & Williamson berry field in Oxnard, Ca.

“We train a mixed group of workers/managers in conflict resolution, communication and problem-solving techniques. We want them to understand our standard and then use those skills to help bring the farm into compliance. That worker engagement in verification compliance is key for us,” says O’Driscoll.

At the same time, suppliers have realized that this certification opens up a new channel of communication to their workforce. “They’re getting insights from workers on things like—how do we retain good workers? Attract others we need?’ They can address issues in the workplace such as shrink and fulfillment rates,” adds O’Driscoll.

Certification can also offer a competitive advantage. “There’s a labor shortage and growers are competing with each other for scarce labor. They’re relying more and more on guest worker programs. And growers are recognizing that if they want to produce high-quality produce, they need to become the employer of choice. The labor force has more choice now and growers recognize that the best way to attract scarce labor is to demonstrate that working conditions, wages and so forth at their operation are better.” 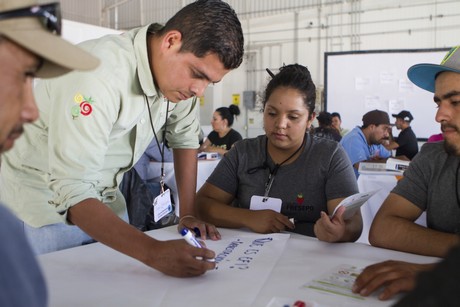 Into the future
While EFI continues to certify companies in Mexico, the U.S. and Canada, it’s looking ahead at penetrating major regions importing produce into the U.S. “We fully expect to be moving into South American operations in the next year or two—places like Peru, Chile, Argentina, that are selling into the U.S. market,” he says. “They want to be able to demonstrate to US customers that they’re abiding by the same labour practices.”

While it’s also exploring other ways of training workers—think e-learning opportunities and ‘Train the Trainer’ options given the expansion, EFI is also exploring how it can scale up to meet these challenges. “The real integrity of our system is the customized approach on each farm—we don’t offer cookie-cutter standardization,” says O’Driscoll. “So now what becomes a challenge is to increase the quantity without affecting the quality.”