The first containers of Jacana's US sweet potatoes were loaded on Monday and will arrive in the UK in around two weeks. Daniel Badger from the company visited North Carolina to see them being packed and loaded. 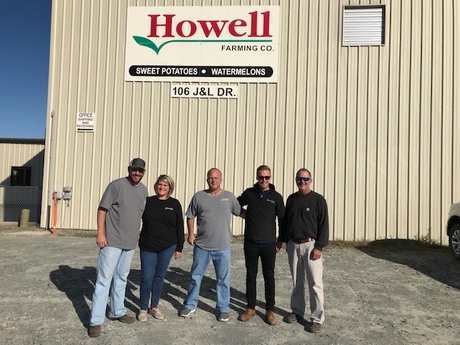 "The first shipment is two containers, followed a week later by three, then it will increase to five per week for the rest of the season. It will be the orange flesh sweet potatoes."

The UK market is very short on sweet potatoes at the moment as the Egyptian season comes to an end, according to Daniel there are a few early Spanish around but the quality is not great. 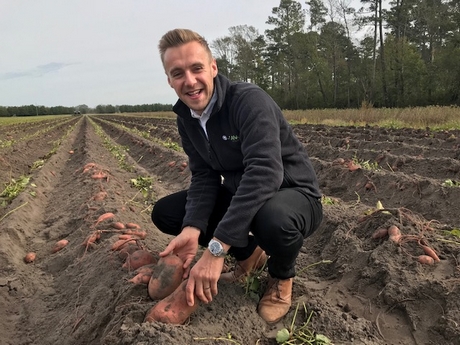 "This is the time of the year when we see demand increasing as the weather turns cold, restaurants are changing over to winter menus and sweet potatoes are a staple."

It will also be a short season for the US sweet potatoes this year as up to 30% of the North Carolina production was affected by the recent hurricane. 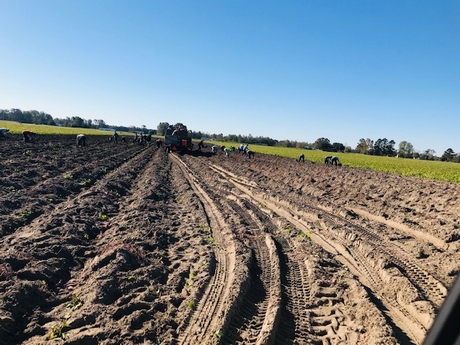 "I expect prices to remain higher than normal for US sweet potatoes. The US would normally have sweet potatoes right through to July, but some growers are saying stores will likely run out in the spring, this will cause a big gap in the market with nothing to fill the gap. There may be a little amount of South American product, but Egypt won't start again until July."