Domex Superfresh Growers® in Washington have been busy promoting their proprietary apple Autumn Glory. The red and gold apple is described as having "a very sweet, firm flesh with hints of cinnamon and subtle notes of caramel". Autumn Glory is being harvested now and is currently available in both conventional and organic variants.

"Autumn Glory® apple is available now, and this year we anticipate shipping it into spring," said Mike Preacher of Superfresh Growers. "We are enjoying amazing and expanding retail commitment to the variety. Our plan is that organic Autumn Glory will eventually be available until summer, once volumes allow."

Increasing production
This year will mark the eighth year that Autumn Glory will be available. Since the apple's introduction to the market, Domex Superfresh Growers has continued to increase acreage based on demand. In fact, volume is expected to double this year alone. The company plans to increase distribution, with the eventual aim of making Autumn Glory available year-round. 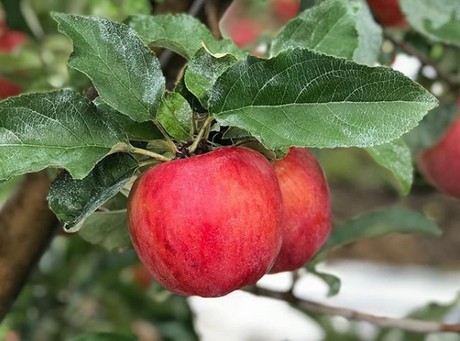 "We are seeing expanded distribution this season of Autumn Glory which is absorbing our additional production and as a result, we are seeing great momentum," Preacher shared. "As we increase production in the coming years, it will definitely be a year-round conventional apple as it has excellent storage qualities. Currently, we have an acreage growth plan that will again more than double production over five years."

It is also exported to a number of key markets where Washington apples are well received. Along with expanded domestic distribution, Preacher said that export availability will also be gradually increased. "Superfresh Growers are currently exporting Autumn Glory to Canada, Mexico and several countries in Asia," he said. "There is tremendous interest outside the U.S. in this variety, and we look forward to further extending distribution as our crop expands."

Introducing new varieties is a thoughtful process
The types of apples that are now available has substantially changed over the last couple of decades. New varieties are introduced, older varieties are being replaced, and branded apples are becoming more important for both growers and retailers. Of course, as more varieties enter the market, the category is becoming more competitive. Given that it often takes years and even decades to develop and commercialize a new apple variety, companies are becoming more cautious in regards to what they introduce to the market. A lot of research goes into what consumers are seeking, what retailers want and what is acceptable for the grower to tend in the fields. Autumn Glory was developed carefully with that thought in mind.

"At Superfresh Growers, we are methodical and disciplined about sourcing and developing new varieties," Preacher said. "It is a big investment, and we want to ensure that our products deliver eating qualities that entice incremental sales and repeat purchase, and, as-importantly, perform on the for retailers in terms of sales, shelf life, visual appeal and low shrink." 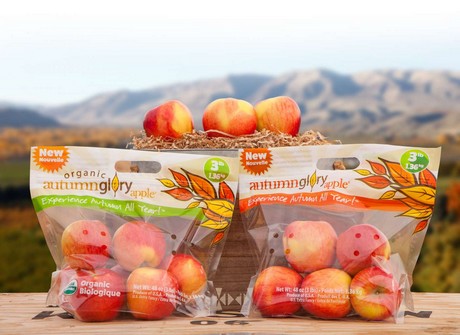 "Produce department space is increasingly competitive, and we don’t want to waste customers’ resources by shot gunning out new varieties," he continued. "Apples must also be grower-friendly and resistant to maladies that can affect other apples. To achieve all of this, we have a team that travels the world reviewing hundreds of varieties a year, and essentially using the scientific method to find fruit we are confident will deliver."

"Autumn Glory a hit" at PMA
At PMA in Orlando this month, Superfresh Growers had their Autumn Glory apple on display for visitors to the booth to sample. The company also had two chefs create and cook recipes utilizing the apple's particular flavor characteristics as part of the Autumn Glory's promotion at the show. According to Preacher, the company received positive feedback for the dishes the chefs created, as well as the apple itself.

"Autumn Glory was a big hit at PMA this year," he noted. "Influencers Kelly Pfeiffer of Nosh and Nourish and Lindsey Johnson of Café Johnsonia served recipes they created to show off the unique flavor characteristics of the Autumn Glory apple: Pfeiffer’s Autumn Glory Quesadilla and Autumn Glory Sangria and Johnson’s Baguette with Autumn Glory Chutney. We also sampled the apple alone, and it received rave reviews from expo-goers for its unique caramel and cinnamon notes and juicy crunch."