The apple picking season in North America continues and most regions are still in the harvesting phase. The California apple industry might be considerably smaller than it is in Washington, but growers there have certain advantages that they can benefit from. This is especially the case with organic growers. The main advantage they can leverage is the fact that the California season begins earlier than Washington's, allowing for a window where California can supply fresh apples between seasons.

"California growers enjoy a niche in that we harvest earlier," said Paul Smit of Smit Farms, an organic fruit grower in Linden. "This earlier window, before Washington starts, is part of our strategy to enjoy a good market of our own. There are usually some Chilean apples still on the market at that time, but typically Chile has a few problems with quality being variable. Also, people prefer fresh apples over storage apples or ones that have been on a boat, and this freshness is what we can offer them in that early part of the season."

Growers of organic apples have a further advantage, with organic apples generally not holding well for lengthy storage. Therefore, there are very few organic apples around by the time the harvest season starts. As it is currently, Washington volume is down this year, which should help California growers. "Washington is off by 25 percent so far, which is a considerable amount," Smit continued. "This will have a healthy impact on the market." 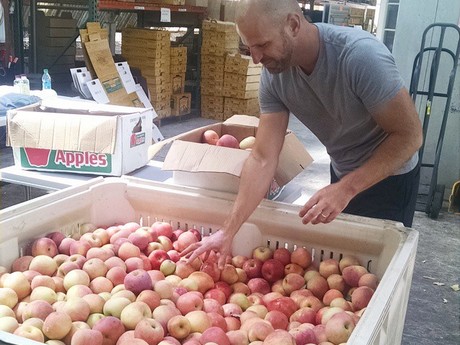 "Once we take advantage of the early window and good access to the market, we trickle on and market on the locally-grown movement," Smit shared. "It is another niche that we enjoy, especially for organic, and it's not insignificant. California has a very large population and a GDP that is larger than most countries. Our company's focus is that local growth, with local distribution and encouraging consumers to buy local."

However, this strategy is not working out for everyone. Many apple growers in California have pulled up their trees and replaced them with other crops with the high cost of labor a major factor. Smit, however, said he is willing to take the risk and the rewards are already apparent.

"There are not too many people planting apples in California anymore because of labor," he observed. "A lot of them are replacing them with crops like walnuts and almonds instead. We are one of the few that have remained and we are doing well, with a doubling of our production." 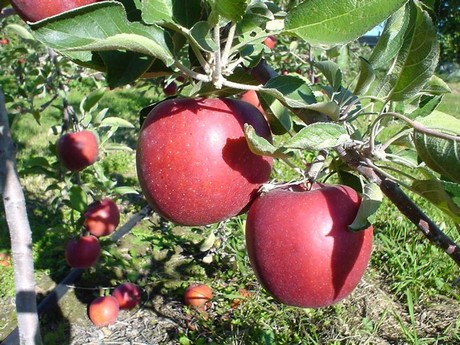 Season going well, new varieties on the horizon
For Smit Farms, the growing season has been kind and crop numbers are close to the average. The company are still harvesting some of the later season varieties, but they also have a few proprietary apples set to arrive within the next few years.

"Our varieties are all organic and include Fuji, HoneyCrisp, Granny Smith, as well as Pink Lady, which we are harvesting now," Smit said. "We also have a couple of new proprietary varieties that are in the ground now and will be available over the next few years. From 2019, we will have EverCrisp apples available and in 2020, our new LudaCrisp apple. Both of these apples are a relative of the HoneyCrisp. There are a couple of others which are yet to be announced."

Creativity and diversity aids survival
The reality is that farming is a tough industry. In many areas, growers are succumbing to the pressures of labor costs, market downturns, and natural disasters. It seems that staying idle only leads to disaster and the most successful companies look to continually innovate. Smit said his company is not resting solely on the niche markets mentioned earlier. He wishes to continue his family's farm for subsequent generations. He therefore decided that diversifying is the key and as a result, the company produces cider and from this year, hard cider.

"This is a family farm, I took it over from my father, a pioneer and an immigrant that came from Holland, so it has some history," he said. "We grow, pack and ship organic fruit, but we also have to be creative in order for future generations to continue on. As a result, we try to stay on the cutting edge, with new apple varieties and also our cider business. We have also been developing hard cider and this is coming into the market this year. It's a trial program and we will be marketing it ourselves in select retail stores. Products like cider which we directly market to the end consumer, not only raises brand awareness, but also provides that connection between the farm and the consumer."