The states of Sinaloa, Jalisco and Nayarit in Mexico are facing weeks and possibly months of recovery and rebuilding after Hurricane Willa crossed the coast on Wednesday. Strong winds were felt along the coastal plain but they dissipated quickly due to the mountains that rise up close-by to the east. However, it was the rain that did the damage, causing flooding in a region that was still saturated from a run of tropical storms over the past month.

Images of mango trees floating down the bursting Baluarte River have been recorded, however mango growers say many mango trees survived because it is now the off-season. "It's still very chaotic and there is a lot of water around," shared Nissa Pierson of Crespo Organic. "The mountains break up hurricanes very effectively so once the hurricane crossed the coast, it dissipated quickly. It continues though, to drop a lot of rain and flooding is the main problem. In the direct path of the hurricane, about 20 - 25 miles south of El Rosario, mango growers in that area fared much worse, with many downed trees." 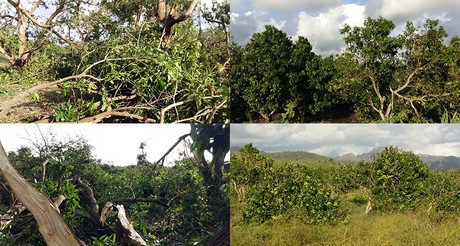 Inland infrastructure ok, but main concern is for the communities
Pierson said the winds were weaker once it reached the company's pack-house - Empaque Don Jorge - and while some crates were blown around, the infrastructure largely survived intact. "The infrastructure is ok because we did not experience any excessively strong winds," she said. "The rain may also serve to replenish the water table that has been low in recent times."

The main concern in this area are the many workers whose lives revolve around the produce seasons and the pack-houses that are interspersed in the region. "The problem lies in our workers, their families and our neighboring communities who are still moving through these massive rains," Pierson said. "It will be days before the true problems come to light. The rains are still so heavy and rivers and waterways all full, many overflowing that the damage to many communities will be heavy." 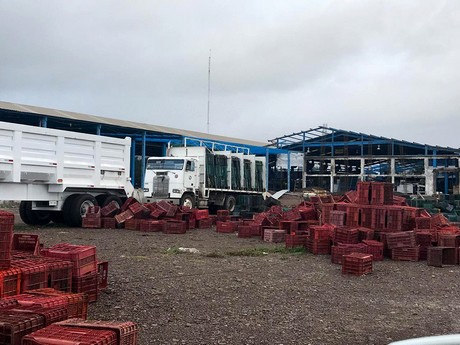 "The Mexican people are amazing in that they show up and quickly begin rebuilding," she continued. "For them, climate change is real because they live it. The weather has become so unpredictable. Additionally, it's difficult now to lower prices because demand for fresh produce is so high. In this globalized economy, there is always a crisis somewhere and fruit and vegetables are needed to satisfy growing demand."

Tomato and chili pepper crops destroyed
While the off-season may have helped mango trees to get through with only moderate damage, the same cannot be said for tomato and chili pepper crops. These crops, which have only just started the season, have been heavily damaged, according to reports. The main cause has been the deluge of rain and subsequent flooding with the river bursting its banks. 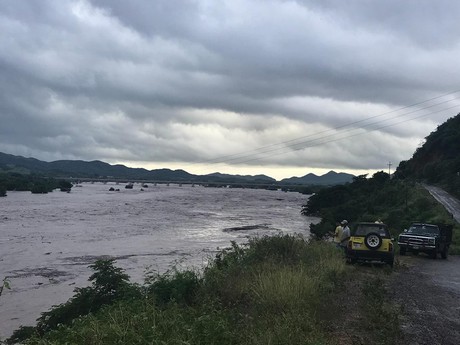 "There is heavy damage to the tomato and chili pepper crops in Sinaloa up to Nayarit," said Gustavo Dominguez of La Minita Fresh. "This has been mainly caused by the river overflowing and it is now about 3km wide. The season was just starting which will make for a very difficult year."

Dominguez noted that the market will suffer because there was already damage to tomato crops in Mexico from a previous tropical storm. "There was already a lot of flooding before the hurricane hit, with much of the Jalisco crop damaged and the area experiencing constant rainfall. Vegetable prices are expected to climb in the coming weeks and overall it will be a tough season for Mexican produce."

What is left of Hurricane Willa is now moving over the southeast United States, with the forecast indicating a possible Nor'Easter over the weekend. Heavy rain is expected over much of the eastern United States until Sunday.