"There is too much Chilean kiwifruit in North America"

The kiwifruit season is in transition as the Chilean season finishes up and the Californian and European seasons begin. After a slightly delayed start, the California season has just commenced harvest a week ago, with reports indicating a healthy and good crop. Prices - on the West Coast at least - remain stable for now as there is a good balance between supply and demand. There is still a fair amount of Chilean fruit on the West Coast at the moment which might interfere with the California season once more substantial volume kicks in.

"The California harvest started last week and it's a healthy crop," said one California shipper who ask not to be named. "The size profile is good, with sizes peaking on 25, 27 and 30. Estimates suggest the forecast is for around 10.8 million cases of kiwis this year. With a lot of Chilean kiwifruit still around, we can expect prices to drop in the next few weeks."

Meanwhile, exports from California have not yet commenced as shippers await better volume. "We haven't started exports yet, but expect to begin in the first or second week of November." 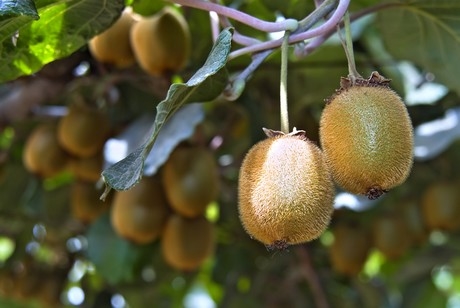 The West Coast might be enjoying a relatively stable kiwifruit market at the moment, but it's the East Coast where many of the problems are. There has been an abundance of Chilean kiwifruit this season and with the East Coast taking the bulk of the offshore fruit, it has been left with a huge inventory to clear.

"There is plenty of Chilean kiwifruit around - too much in fact," said an East Coast importer who also did not wish to be named. "The Chilean season is winding down now and there are not many shipments remaining, but there is a lot of fruit in storage. Prices are low, ranging from $11 for small sizes, through to $18 for larger sizes."

As a result, shipments of Italian kiwifruit were held back and the East Coast is still waiting for its first shipments from Italy for the season. According to the importer, they are on their way now though. "Italian fruit is on the water now," he shared. "It could have come much earlier but with the excess of Chilean fruit, importers halted shipments to avoid flooding the market. Italian fruit is usually here by now, with arrivals typically starting during the second week of October."