Stargrow Africa: “It’s the right time to be in Lesotho” 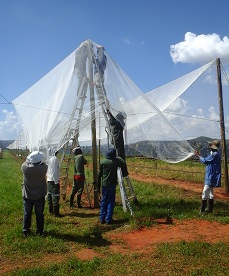 On 16 October the CEO of the Lesotho National Development Bank, Mohato Seleke, signed a memorandum of understanding with the Stargrow Group and the World Bank to establish a commercial fruit industry in the country. Phase one of the project will comprise 140ha of commercial orchards envisioned to extend to 1,000 ha of mostly apple, but also peach and plum orchards in ten years.

As a means of navigating climatic risks, Stargrow Africa has started looking around in the subcontinent for areas of expansion and one obvious candidate for topfruit and stonefruit production is the Kingdom of Lesotho. It is the only state in the world entirely higher than 1,000 m above sea level.

Some of South Africa’s most important apple growing regions in the Western Cape could become too warm within a few decades as temperatures rise and this is where high-lying areas like Lesotho (and, surprisingly, the Angolan plateau) comes in. Not only does Lesotho have cold nights and warm days, but sufficient clean water as well and it would be about two weeks earlier than the Western Cape.

Six years ago Stargrow Africa, a division within the Stargrow Group of companies in Stellenbosch, received funding from the World Bank Private Sector Competitiveness initiative to test the possibility of a commercial deciduous fruit sector in Lesotho. At Leribe, close to the South African border, two hectares were planted for a pilot project, later extended by another 5ha, and then two blocks of 10ha, bringing the total current hectarage to 27ha. They’ve planted the conventional varieties of Golden Delicious, Fuji, Granny Smith, Starking and some pears. They’re working with the Lesotho government to amend intellectual property legislation in order to plant closed cultivars and take advantage of the area’s good colouring. 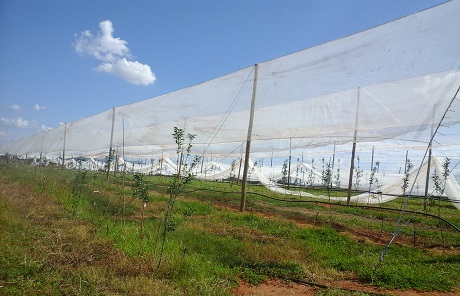 Problem of late frost overcome by north-facing slope plantings
“With these trial blocks we have shown that it can work,” says Giliam Vermeulen, managing director of Stargrow Africa. “All of these orchards are under hail netting, it’s quite impressive. The big problem in Lesotho is black frost or late frost which freezes the flowers and devastates fruit set. The problem was in the end solved very easily: a civil engineer advised us to regard frost as one would look at water. Traditionally, orchards have been established down in the valleys where cold air collects, in the same way as water dams up. We’ve moved up with the northern slopes that are not too steep, and not on level ground because cold air would collect under the netting. This has been a major breakthrough in fruit cultivation in Lesotho.”

“The timing is right for establishing a commercial fruit industry in Lesotho – the Lesotho diamond industry is doing very well, the second phase to the Lesotho highlands Water Project has just been approved. It’s the right time to be in Lesotho.” 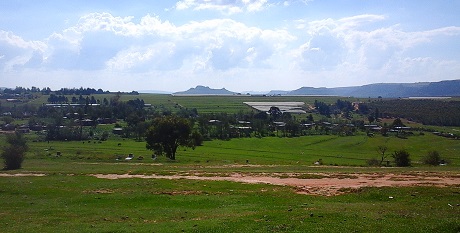 A long view on the covered orchards and, behind, the Drakensberg Mountains

Plans to build packhouses and coolrooms
The possibilities of job creation offered by a fruit industry are large, both at primary level and at secondary level when packhouses and coolrooms have been built, as is the plan, he continues. “It helps a lot that people of the community are seeing that orchards are being established. Suddenly people have money to send their children to school.”

Stargrow Africa has been supplying Lesotho with over a million fruit trees – mostly apples, but also peaches and plums – for more than a decade. Many of these have been planted at homesteads where small scale farmers cultivate them organically for European food processing companies.

“For the past seventeen years Stargrow Africa has done a tremendous amount of work in Africa. It has been a conscious decision to develop projects in Africa to spread our risk, both climatically and politically,” Gilliam says.

He believes the climate is indeed getting warmer: “When I arrived in the Western Cape town of Franschhoek in 1983, all of the farmers had apple and pear orchards and today there’s not a single apple or pear orchard left because Franschhoek became too warm. Similarly, the area used to be known for its white wines and today some of the best red wines come from here.”

Stargrow Africa is looking at apple production in Angola (as astonishing as that might sound, that close to the equator) and subtropical fruit production in Namibia and Botswana. Building on their success with top and stonefruit in Lesotho, a pilot project of 5ha of vegetables will follow in that country.