On 11 October Enza Zaden hosted their very first field day in Komatipoort, South Africa. The international seed company launched their local entity just over a year ago in South Africa. For over twenty years Enza Zaden has been working through local distribution agents and has made a name in onions, lettuce and sweet peppers. “We want to be close to our customers and respond to their needs faster. It is all about partnership and adding value,” says Matome Ramokgopa, general manager of Enza Zaden South Africa. 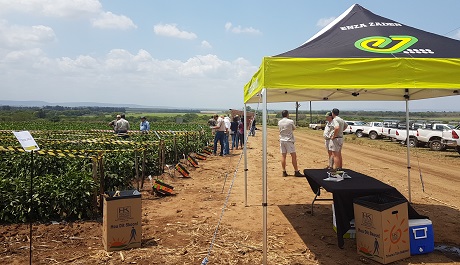 Komatipoort, in the upper northeast of the country, is a stronghold of open field and therefore mostly green sweet pepper production. In the greater Komatipoort area, sweet peppers are sown during autumn, with a first harvest during winter, and the season ends in November when temperatures become too high.

Highlight: green pepper with delayed colouring
One of the highlights of the Enza Zaden field day was the first look at sweet pepper varieties that were specially requested by local growers. Eduardo Villanueva, Enza Zaden breeding manager of open field peppers, asked South African growers a little more than two years ago what their perfect pepper would look like: a green pepper with much delayed colouring. These varieties will soon be available on the market.

Enza Zaden’s well-known commercial varieties were also on show and attendants from as far afield as KwaZulu-Natal and Mooketsi (central Limpopo) spent hours perusing the trial blocks. The new, yellow version of Procraft, a red, open field sweet pepper elicited quite a bit of interest. 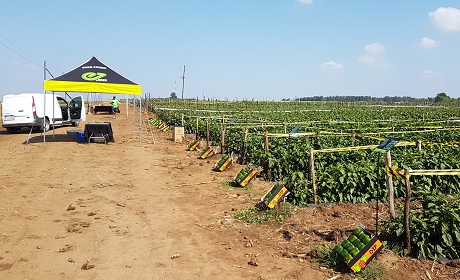 Other crops on show
Jalapeño peppers (primarily for processing), zucchinis, eggplant and butternut varieties were also shown at the open field day. The latter is of particular interest to Enza Zaden in South Africa. Worldwide the demand for pumpkin is growing, both from households and the food processing sector.

Enza Zaden considers the field day a success. “We want to thank Jakkals Steyn for his tremendous efforts and dedication in setting up these trials. He understands the value of trials and product development,” says Arne Kaffka, Enza Zaden South Africa Commercial technical manager.

RSA Group market agents sponsored the event and shared their expertise and some of the latest market trends in vegetables with growers. 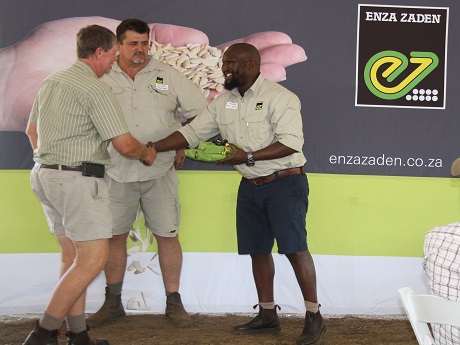 “Plans for future field days are already underway,” says Matome. “We look forward to hosting similar events in the future and introducing new vegetables to the South African market.”