British Prime Minister Theresa May, has ended weeks of speculation in the beginning of October, revealing that she would trigger article 50 and launch formal Brexit talks with EU leaders, before the end of March 2017. The timing means the UK looks set to leave the EU by summer 2019.

The instability of Sterling after Brexit, has meant that many exporters to the UK have been forced to raise their prices, "With most export prices being set with yearly contracts, exporters have been forced to send out their products at a loss. Many are losing money and having difficulties selling their products because, it seems that not all UK importers understand the exchange rate issue, and are not willing to accept higher prices." shared Adam Matuszewski, CEO of Polish mushrooms exporter Grzybmar.

Russia lifted a few of it boycotts during the month of October.

Fruit and vegetable growers were anxiously awaiting the results of the summit meeting between Presidents Putin and Erdogan in Turkey on the 8th of October.
"Russia is Turkey’s biggest customer for citrus fruit. In 2015, out of 842 million USD total citrus fruit exported, 295,5 million USD was sold to Russia. This year, in 8 months, the figure has fallen to 45 million USD, a reduction of 51%,” shared Ali Kavak, Chair of the Board of the Turkish Sector of Fresh Fruit and Vegetables.
Just a few day later it was officially announced that Russia would partially lift the boycott of Turkish fresh produce. The first products for which the boycott has been lifted are citrus, pears and plums. The fruit can be imported from regions that are free of diseases and moulds, and import is only allowed via large companies. Those large companies should be able to guarantee the safety of the products.

Growers in Bosnia & Herzegovina were also finally able to breathe a sigh of relief after it was announced that the Russian ban had been officially lifted at the end of the month.

A country that knows everything about losing the Russian market is Poland. There has been a push since 2014 to find new markets, but for some lucky company's, like Genesis Fresh, they had already started looking to other markets before the embargo.

"I think that losing Russia has almost been good for business. It has forced us to become more active and more competitive, along with more service and quality driven. It has also forced us to enter more demanding markets and dive deep into the fresh fruit specifications in force on other continents. Producers were educated about quality and the varieties required when visited by the foreign governments from the new expansion countries. This helped us to stay awake and follow new and previously unknown demand." shared Jan Nowakowski from Genesis Fresh.

As always, there is one thing out of everyone's control in agriculture - the weather. For Florida growers especially, the announcement that Hurricane Matthew was on it's way was a tense time. The hurricane caused major transportation disruptions for much of the US, with more than 4,200 flights cancelled between Wednesday and Saturday. After hitting Florida's coast, the storm moved up north parallel to the coast of Georgia and the Carolinas, causing devastating flooding in some areas. Fortunately for Florida, there was very limited damage in the end.

Unusually warm weather affected both fruit and vegetable growers in Europe. Topfruit cultivators shared that they were worried about the consequences of the heat during the harvesting period. “Qualitatively it all seemed very well, after a good spring and a summer that did not have temperatures that were too high. But then we had temperatures of more than 30 degrees Celsius during the harvesting period,” shared Wilbert van Wijk from Vicus Fruit. 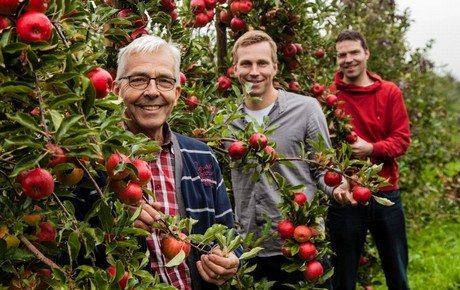 The warm weather didn't only affect production, but also demand. One example is the sale of kale in the Netherlands, still primarily associated with cold weather for Dutch consumers. Demand usually increases in September, but by the beginning of October it had still not been cold enough for the producers to enjoyed increased demand.

However, some vegetables were enjoying the warmer weather: the warm September weather in the UK was perfect for the pumpkin supply in the lead up to Halloween.

There was controversy in the EU after Fruit cultivator Kris Franssens took photographs of hundreds of thousands of kilograms of apples and pears left in the fields to be destroyed. After the Russian boycott, Europe ensured there was an intervention arrangement that removed a certain amount of fruit from the market. The apples and pears cannot be given away, because they would then still find their way to the market.

After the article went viral and was read more than 200,000 times. We had many responses, mostly asking ‘Why is the fruit not given to people who need it?’ The article was published just before World Food Day (16 October), which caused even more controversy. Filip Lowette from (BFV) responded to apple destruction confirming that “Destroying top fruit is very last option”.