The bad weather that affected a number of Italian regions over the past few days also affected the area of Ribera, famous for its blonde orange production. 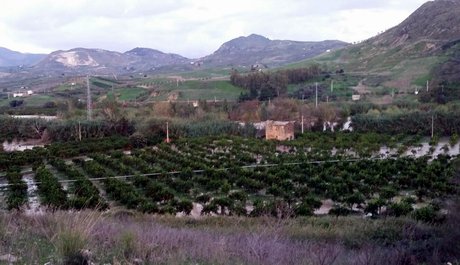 FreshPlaza interviewed Giuseppe (Peppe) Pasciuta (in the photo), President of the Consorzio di Tutela dell'arancia di Ribera DOP.
"We inspected the groves on Saturday 26th November 2016. Of the 6,300 hectares, only 300 are badly affected. Unfortunately, some producers lost all of their production, but it is just a minority with respect to the total." 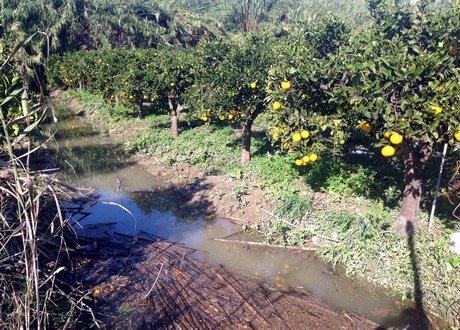 Above and below: flooded orange groves. 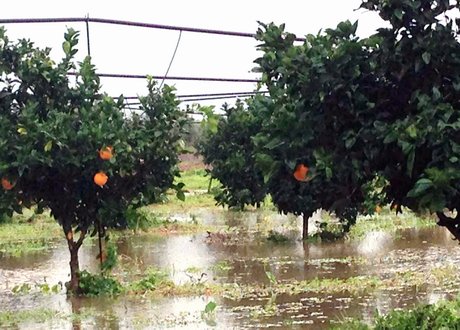 "What is more worrying is the critical situation of the roads. If they are not restored, it may be impossible to reach many producers, thus slowing down the harvesting of the Naveline variety, which had started ten days ago."

On the night between 24th and 25th November, a true cloudburst hit the area around the municipalities of Ribera, Calamonaci, Villafranca, Burgio, Caltabellotta and Sciacca. "We couldn't have forseen it. Forecasts talked about 3-8 mm of rain, while instead 150 mm of rain fell in only three hours."

In addition, as reported by geologist and Presidenf ot the Ordine Regionale dei Geologi di Sicilia Emanuele Siragusa, the Verdura river burst its banks in multiple places between Villafranca Sicula and its mouth, flooding lots of crops and causing landslides.
Watch a video of the flooding:


"We have been talking about the need to fix rural roads for years. Maybe this is what it takes for the issue to finally be addressed."

The Ribera Municipality is working with the civil protection to restore the roads. They may look like small roads, but they are the only way to reach dozens of agricultural enterprises.

Before the heavy rainfall of the past few days, the area of Ribera had been affected by a long drought which lasted between April and November and which forced producers to irrigate. "We irrigated the crops 10-12 times, so Washington Navel and Brasiliano oranges ripened earlier, they are usually ready around December 10th."

"It is therefore even more urgent to reopen the blocked roads, so the harvesting of early Naveline can be carried out. They are usually sold only before December, i.e. before the Washington or Braziliano become available."

"Quality is excellent and Brix levels are high. Processing centres are already at work and the produce will be available throughout the season despite the losses of the past few days and the 20% drop caused by the drought."

Most of the production will be available for the entire sales campaign.